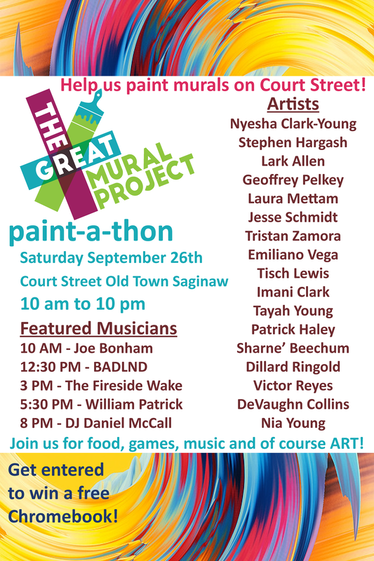 The City of Saginaw, in partnership with the Great Mural Project, has been awarded a $25,000 national grant from Bloomberg Philanthropies. The Asphalt Art Initiative grant is intended to revitalize and beautify underutilized public spaces, improve street safety, and to promote collaboration in Saginaw.
The City of Saginaw is one of sixteen cities, out of over 200 applicants, awarded this grant from Bloomberg Philanthropies.  The Asphalt Art Initiative not only seeks to create vibrant public spaces but also looks to build city capacity by working with artists and community groups on projects involving transportation infrastructure. From this funding, the City and members of the Great Mural Project will create a collage of colorful murals on the streets, intersections, and crosswalks of Saginaw, or vertical surfaces of transportation infrastructure like utility boxes and traffic barriers. 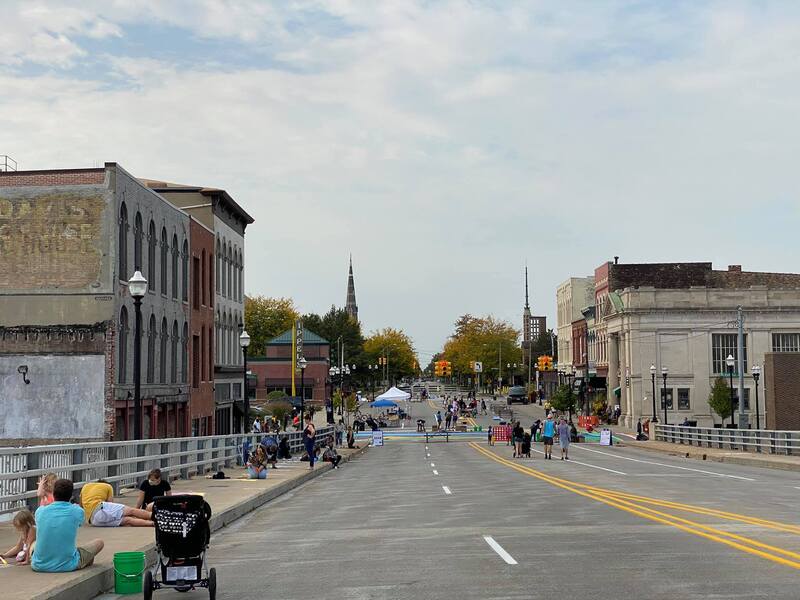 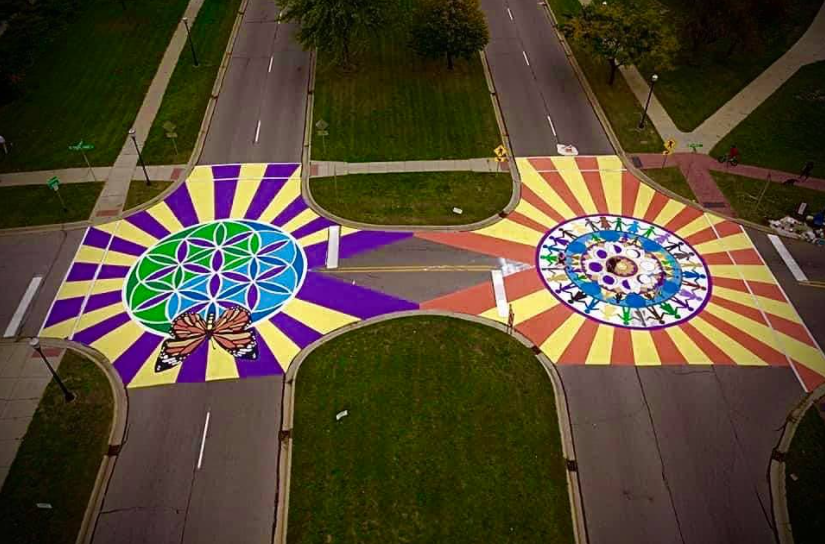 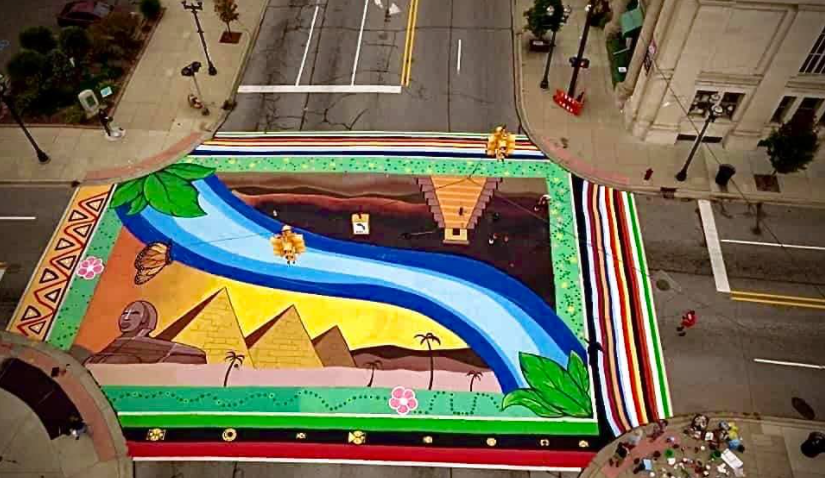 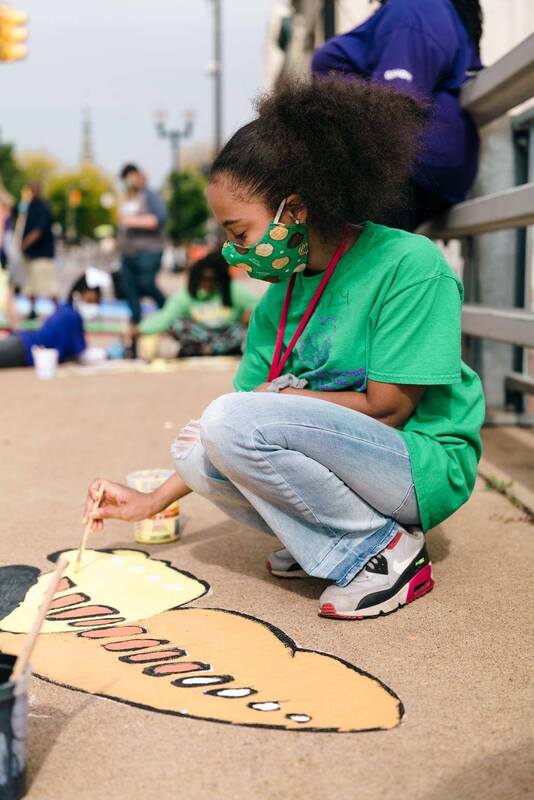 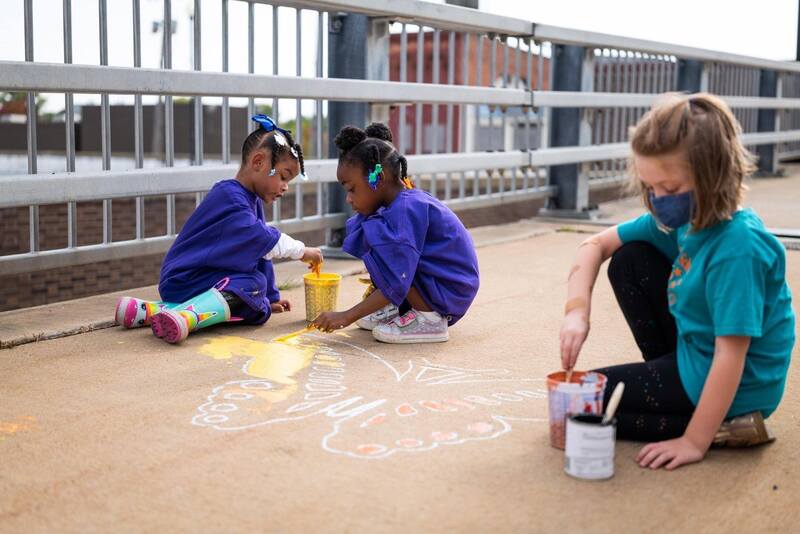 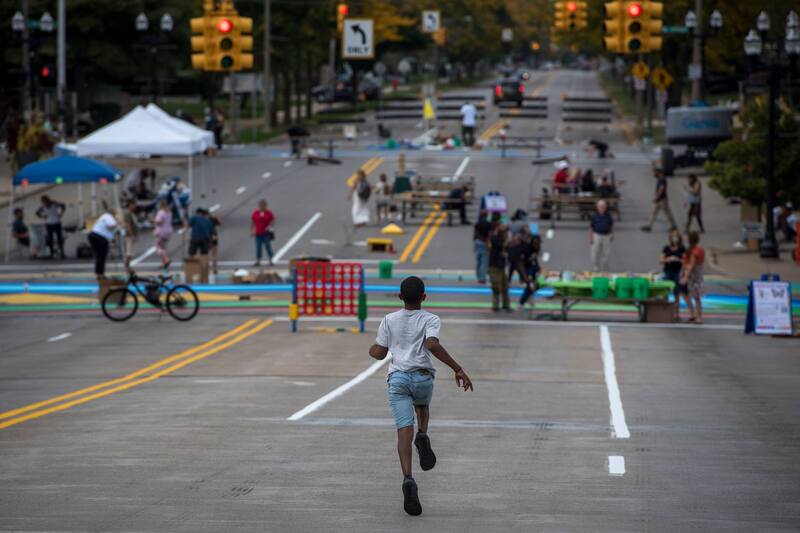 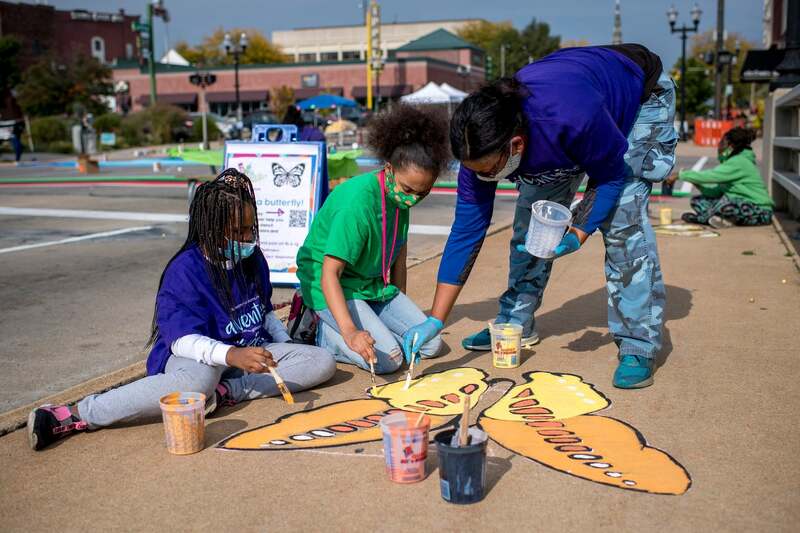 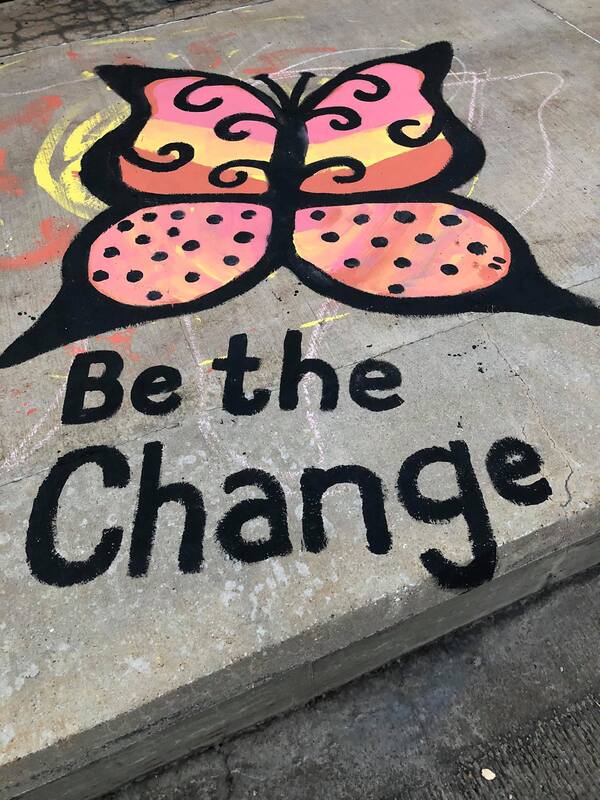 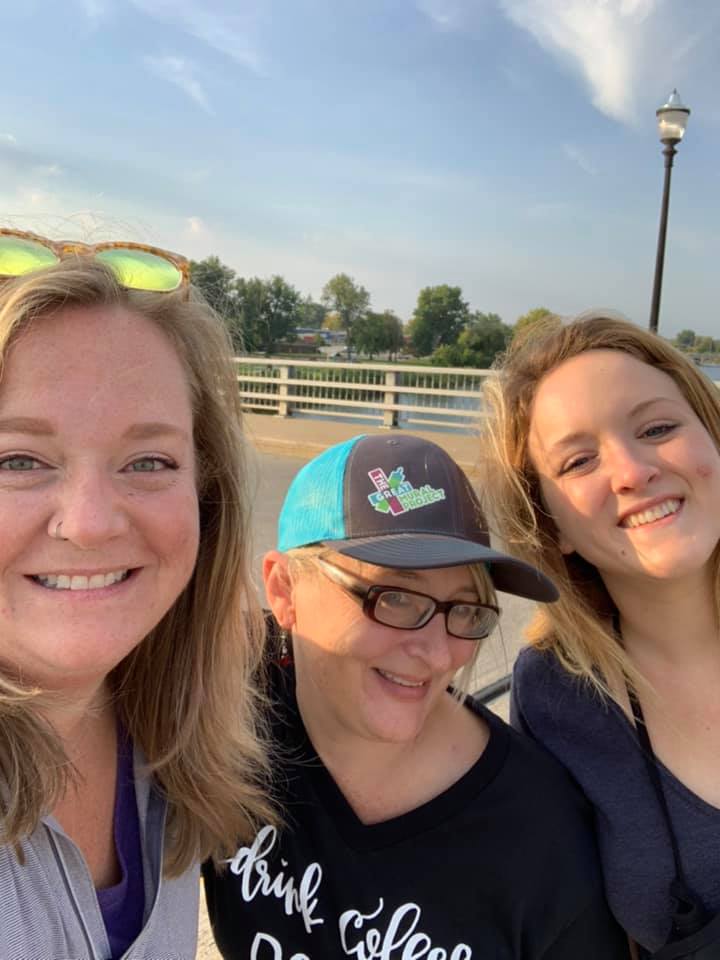 ​Artists- Lark Allen, Geoffrey Pelkey, Laura M. Mettam
'The processes of music and nature internally and externally promote diversity through inclusion. Saginaw’s diverse history of music and affinity for the Cherry Blossom tree serve as a testament to the embracing nature of its inhabitants. “In Harmony” pays homage to the diversity of the Saginaw region. Similar to the components of an instrument, which requires various notes working in unison in order to create music, it is important that the buds of the Cherry Blossom tree also bloom, while continuing to evolve over time.' 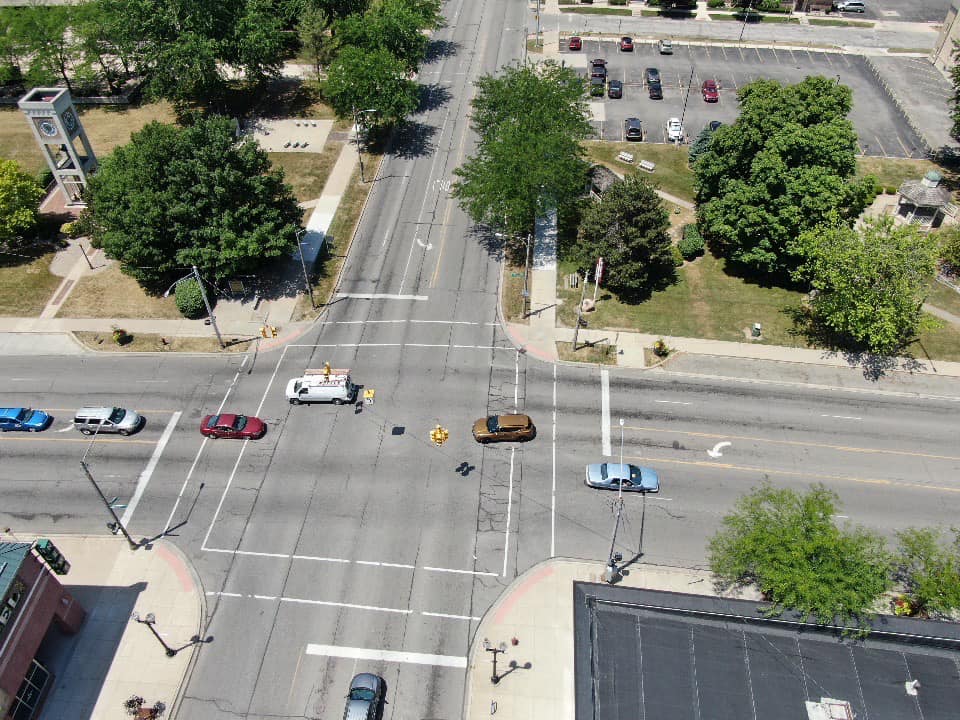 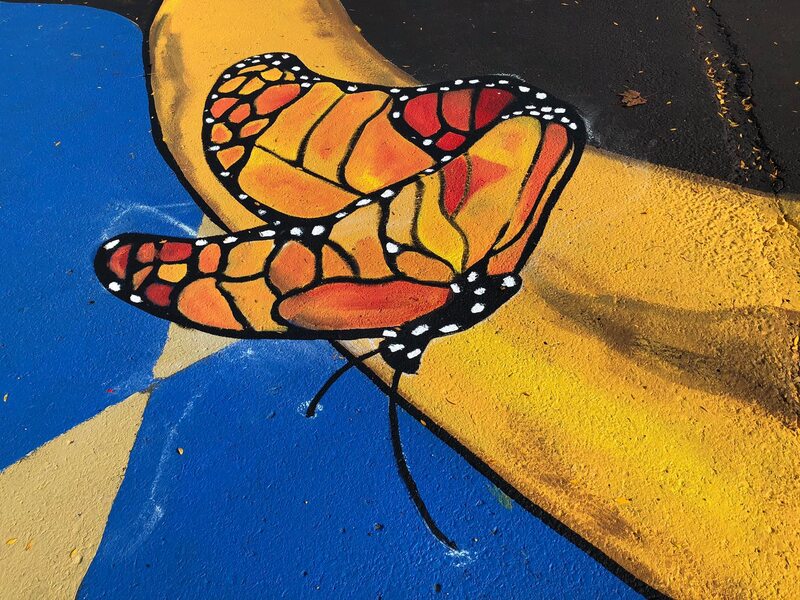 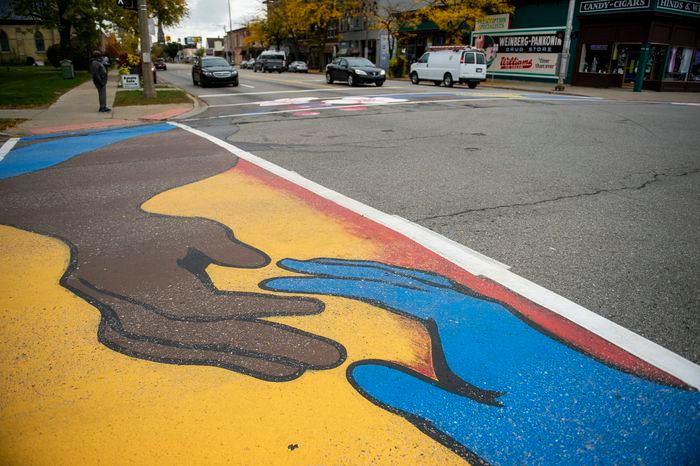 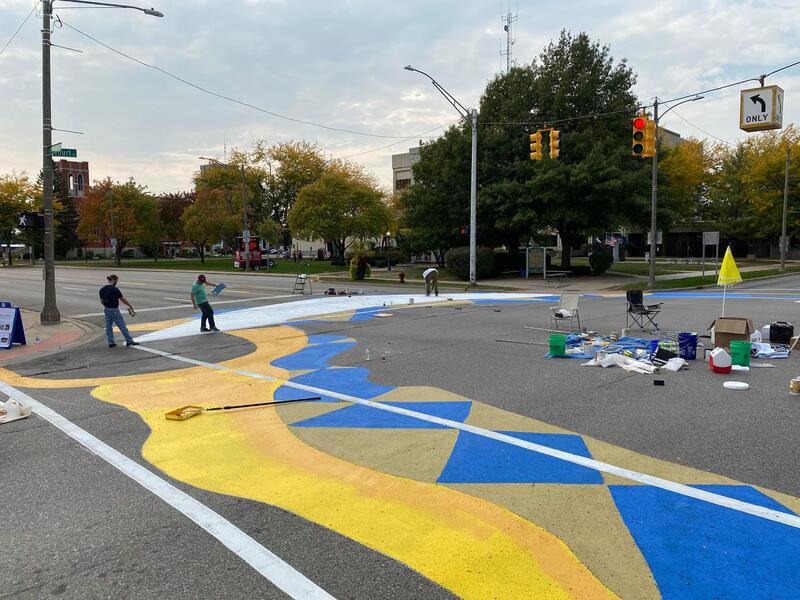 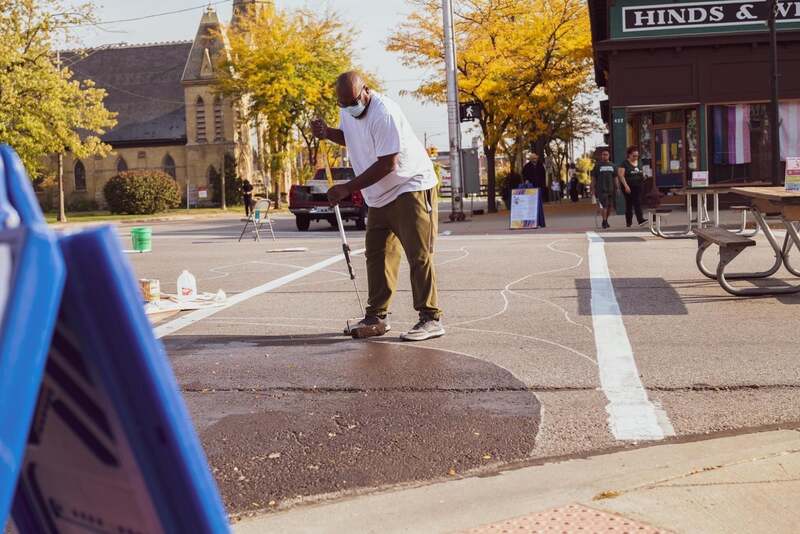 Hamilton & Court: 'The Children of the Sun' 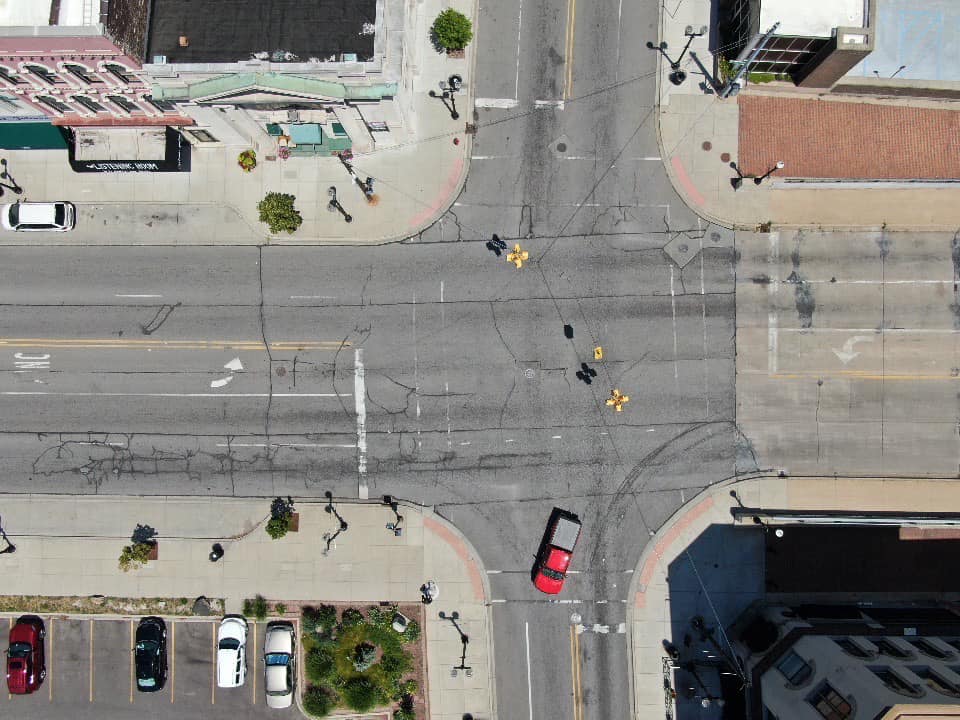 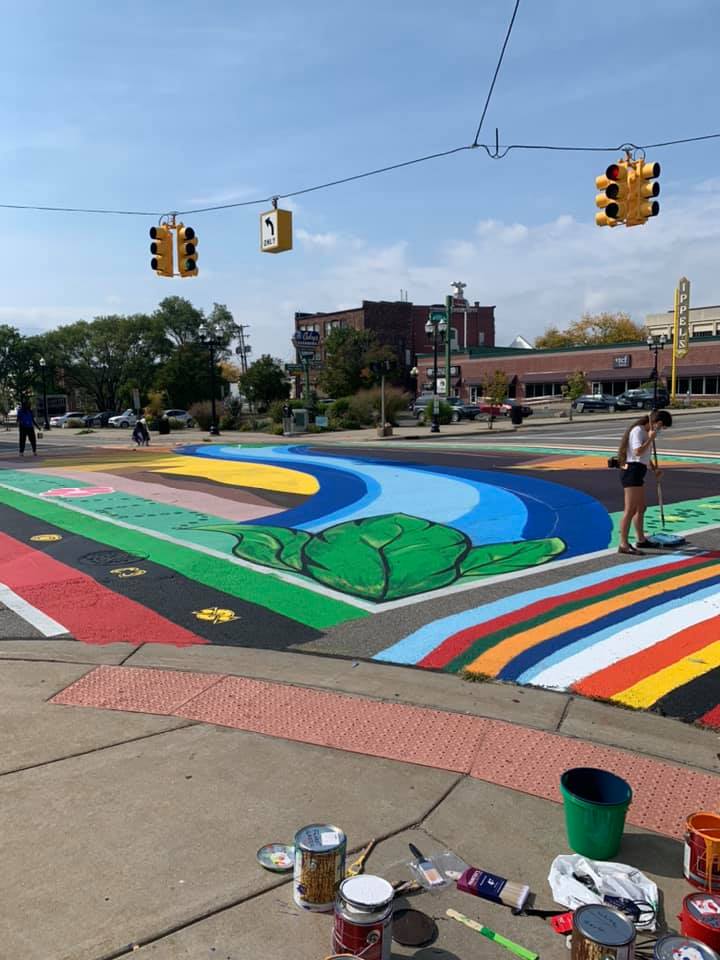 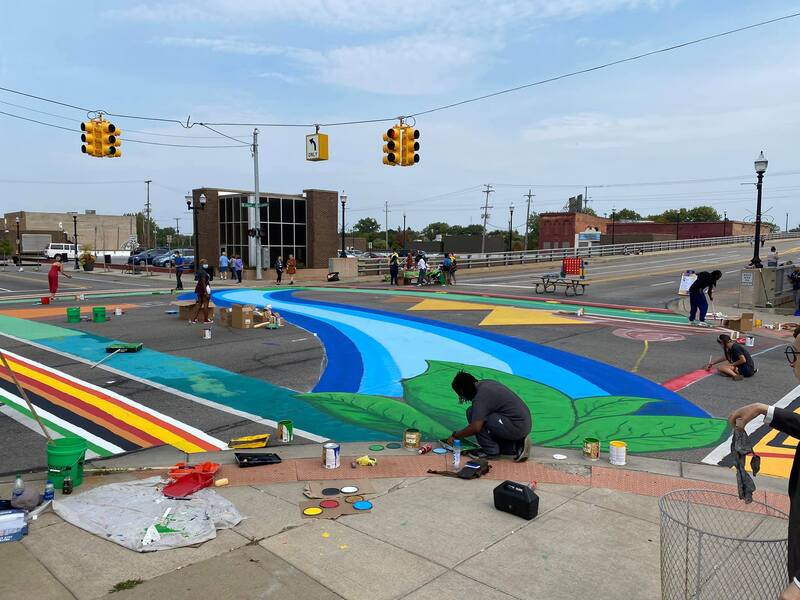 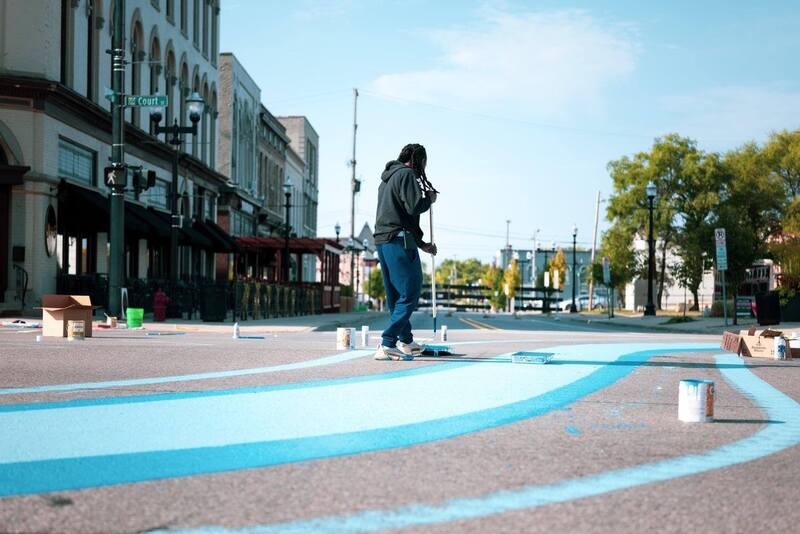 Lead Artist - Stephen Hargash
Assistant - Tristan Zamora
Other Assisting Artists: Ben Weiss, John Martinez, Matt Helsius, Billy Budd, Russ Roessle, Nichole Bartel
​'The idea I wanted to portray took the form of a “Diversity Mandala.” It’s a positive vibration I am sending out symbolizing the idea that within our diversity we must have unity to have transformation.' 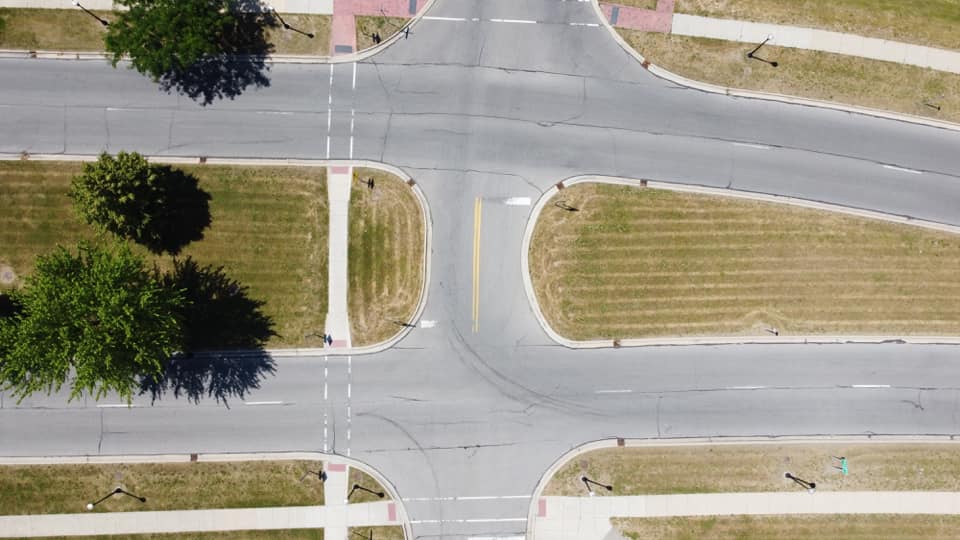 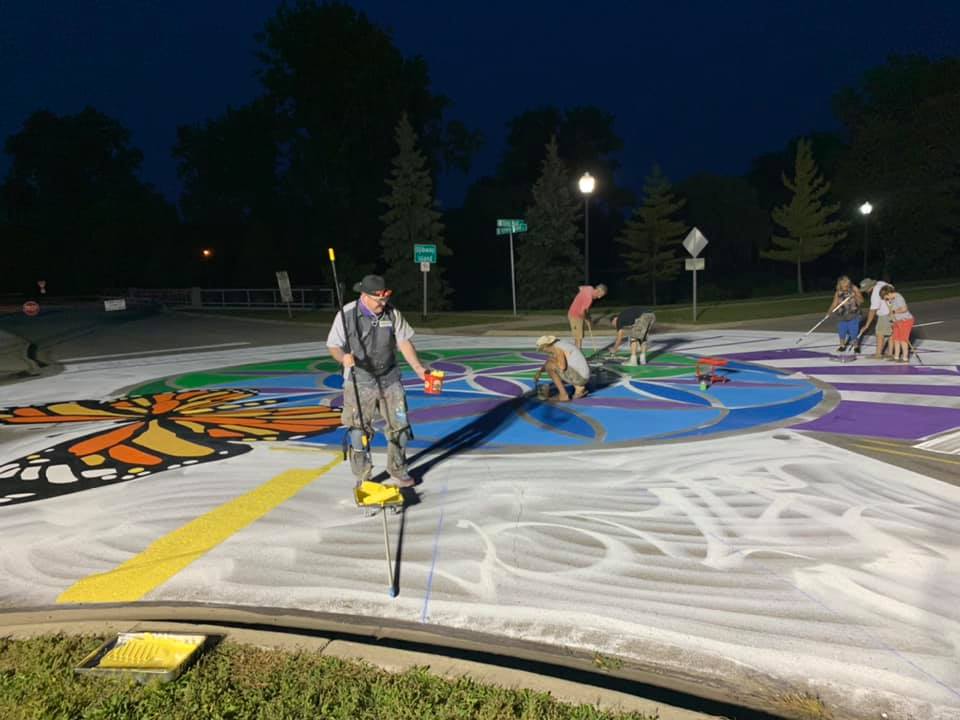 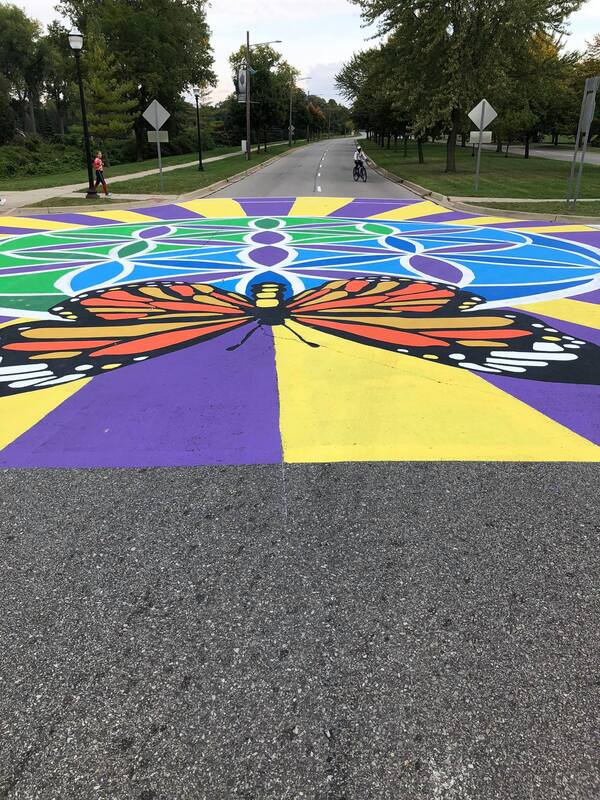 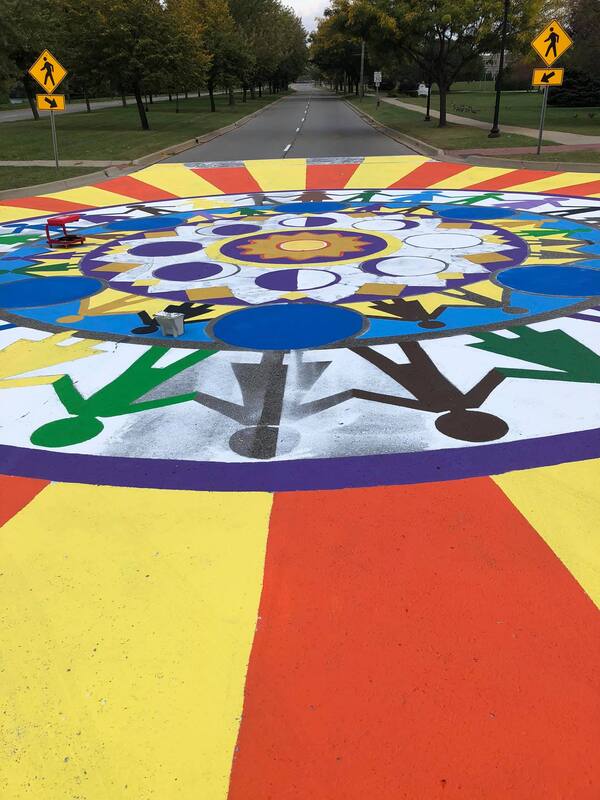 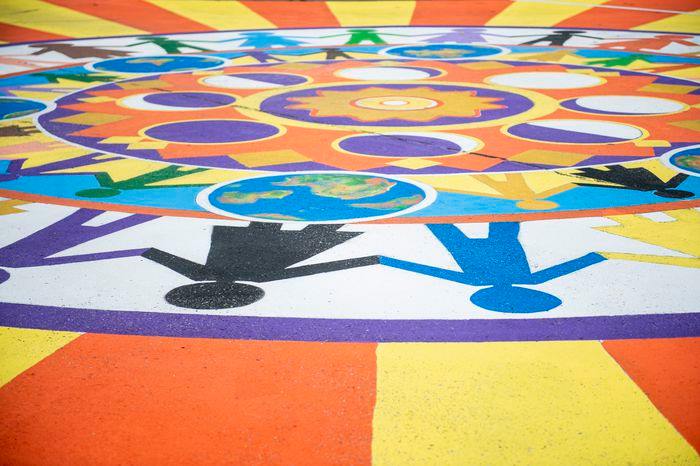